The Village of Cooksville in Rock County celebrated its traditional Fourth of July this year with friends and neighbors---some near and some far---on the village's historic (1846) Public Square, sponsored by the Cooksville Community Center, with help from the El Grito Taqueria. 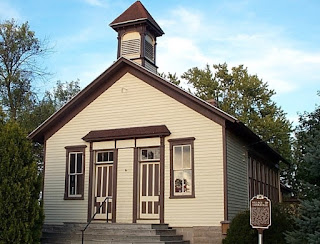 About 50 people attended the event under the shade of the old burr oak trees on a  sunny July Fourth Sunday. A few new oak trees have been planted to replace the old oaks and to help conserve the original "oak opening" in what was once a vast "prairie savannah" before the land was opened for sale by the U.S. government in 1837. The historic Cooksville Schoolhouse (1886), home of the Community Center, stands next to the Square. 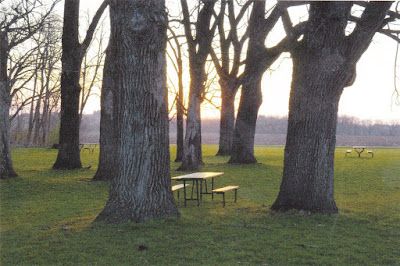 The Porter family of Massachusetts, who had purchased this land in 1842 from their neighbor Senator Daniel Webster, established  this public "green" square as part of their new "Village of Waucoma" in 1846. The Porters platted their village next-door to the earlier village that the brothers Cook (John and Daniel) had platted in 1842 on land the brothers had purchased from the U.S. Government in 1837. The two historic villages now stand side-by-side. And the Square remains a public park maintained by the Town of Porter. 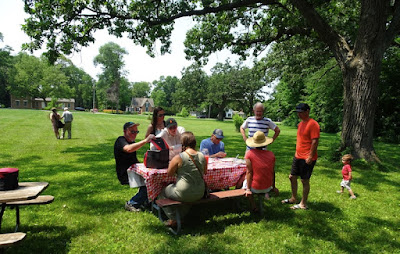 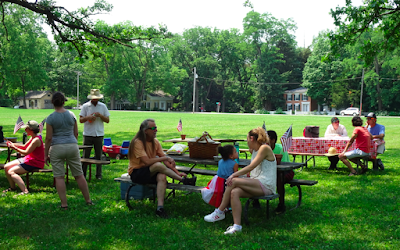 Picnic tables and folding  chairs were set up on the grassy Square, or "commons," that occupies the center of  the Porters' village layout. 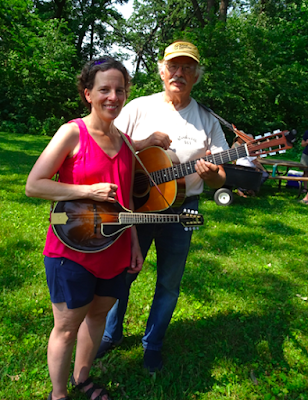 The special food event at this year's Fourth was provided by the generous El Grito Taqueria Food Truck, which served free tacos to the gathered folks. El Grito is inspired by the history and culture of street food from around the world and caters its food in Madison and the surrounding area, now including Cooksville.

El Grito Taqueria brings the flavors of Mexico to the streets of Madison---and  to a Cooksville picnic---to pay homage to the Mexican tacos that have been served for generations in the different regions of Mexico. El Grito is passionate about the food  it serves and about the Madison area's eclectic community --- which  El Grito is proud to call home.

The proprietor  of  El Grito is Matthew Danky, who grew up near Cooksville with his parents, Jim Danky and Christine Schelshorn. And Matthew has now established El Grito's working kitchen in Cooksville's historic General Store (1847).

(Thanks to Chris Beebe for providing the photographs of this year's July Fourth picnic.)