Karl Erich Wolter, a longtime resident of Cooksville, died on April 5, 2021, after a 90-year-long active, productive and fulfilled life.

Karl had discovered the Village of Cooksville—and his first new village friends, Marvin Raney and Chester Holway—in the 1960s. He soon bought a 10-acre garden-property from Chester next to the village with an old house on it, and in 1967 Karl moved to the village from Madison.

Karl had come to Wisconsin in 1958, living in Madison and studying at the University of Wisconsin. He began working at the nearby U.S. Forest Products Laboratory in 1963, and finished his Ph.D. in 1964 in the study of botany and plant physiology. Karl continued his work at the Lab, “developing a tissue culture system for the propagation of superior tree species from single cell cultures,” as he described it.

His discovery of Cooksville in the early 1960s —with its enthusiastic gardeners, active social circle, plant specialists, and tree-lovers— was meant to be.

Karl rehabilitated the old house on his 10-acres and began restoring, re-working and expanding the property’s previous plantings, adding many special and unusual trees. He established a prairie and a large vegetable garden and enjoyed the existing woods and the nearby Badfish Creek And he and friends enjoyed his new, heated, Finnish-style sauna at the edge of the woods. 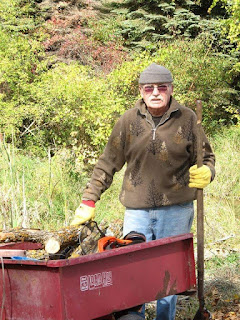 Born in 1930, in the South Bronx, New York City, of German immigrant parents, Karl grew up a city-boy who loved nature. He was drafted into the U.S. Army and served as a Captain in Korea in 1950-52 in a medical unit. After completing his undergraduate work at Syracuse on the G.I. Bill, Karl received a scholarship to the UW-Madison near the Forest Products Lab where he soon began working, studying and experimenting full-time, as well as teaching and traveling as part of his specialized study of plant growth and wood microbiology and completing his doctorate. In the early 1980s, he was invited to teach in Japan, where he spent a year and a half.

Karl retired from the Forest Products Lab in 1986. He spent his time at home gardening, advising neighbors and visitors, and socializing with his large group of friends in and near the historic Village of Cooksville, as well as with Madison friends. His July picnics and his famous Christmas wreath-making parties (with pine branches trimmed from his pine trees, of course) were big and popular. And Karl served for several years on the Planning and Zoning Commission of the Town of Porter where Cooksville is located.

Many of Karl’s friends were avid horticulturists, nature lovers, preservationists and conservationists, world travelers, artists, and music and opera-lovers, like himself. Retirement was a busy and enjoyable time.

In 1989, Karl met his partner, Patrick Comfert, and together they expanded their “farm,” tended their gardens and the trails that led across their prairie and through the woods under the shade of their old and new trees and through beds of newly-planted wild flowers. Karl and Patrick’s rescued and rehabilitated animals— they filled the barn, roamed the pasture and prairie, birds gathered in trees, and many creatures gathered on their backyard deck to greet guests—and some lived inside Karl and Patrick’s home, as well. 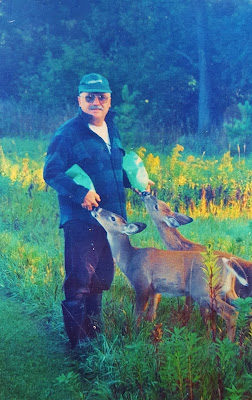 Karl, sometimes called “Eric” by old acquaintances, will be remembered fondly by many friends and probably by many other thankful animals and pets. 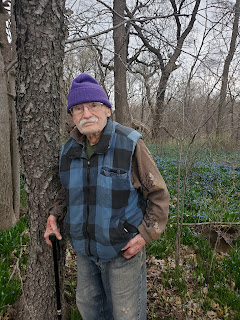