Recently, a copy of a 1941 cookbook was donated by Nancy Remley to the Village of Cooksville Archives. Titled the “Golden Anniversary Cook Book, Cooksville Lutheran Ladies Aid, 1891- 1941,” it was “dedicated to the pioneer women of this congregation” and contains about 65 pages of recipes contributed by the ladies. 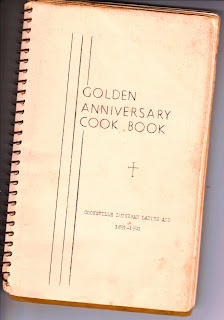 The Village of Cooksville, in Rock County, Wisconsin, has been a busy community of cooks for about 180 years, appropriately enough. The Cooksville Archives collection contains a number of cookbooks from the past, including an1850s hand-written cookbook with a recipe for a “cancer ointment.”

The old 1850s cookbook with the "cancer treatment" is a slender,18-page, hand-written cookbook that does not have a title nor an identified writer or owner. It is bound, written in ink with a neat, old-fashioned script and contains that “Receipt For making Cancer Ointment,” as well about fourteen other medicinal recipes and a similar number of cake, pudding, gingerbread, sausage, syrup, currant wine, and cordial “receipts.”

The various medicinal “receipts” are for the treatment of illnesses such as dropsy, dysentery, coughs, colds, itches, piles and tape worms, as well as cancer, with ingredients such as various roots, leaves, berries, flowers and tree barks, as well as the occasional sulfur, turpentine and pumpkin seeds. 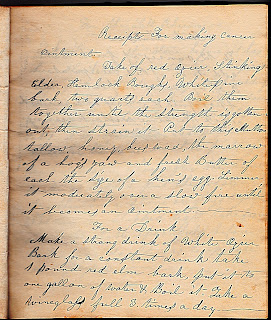 The cancer ointment recipe is interesting because it contains tree barks (white pine, elder, elm, hemlock, red dogwood) as ingredients, two of which are now associated with the treatment of some cancers, namely, pine bark and the red dogwood (osier) species bark.  The “receipt” in the booklet for making the cancer ointment is as follows:

“Take of red Ozier, Stinking Elder, Hemlock Boughs, White pine bark, two quarts each. Boil them together until the strength is gotten out, then strain it. Put to this Mutton tallow, honey, bees-wax, the marrow of a hog’s jaw and fresh Butter of each the size of a hen’s egg. Simmer it moderately over a slow fire until it becomes an ointment.”

The cake recipes also in this old cookbook include a Mrs. Pecks Cake (perhaps this is from Rosaline Peck, Madison’s first innkeeper in the late 1830s), a Tea Cake, Temperance Cake, Cider Cake, Caroline Cake, and a couple of nut cakes and a Rice Plumb (sic) Pudding.  Some measurements are in “gills” and some require butter the size of a walnut, a hen’s egg or a goose egg.

Another nineteenth-century cookbook found in the village—actually a famous nationally published cookbook titled “Mrs. Lincoln’s Boston Cook Book,” by Mrs. D.A. Lincoln, 1889— was originally owned by Mrs. J. W. Sales, probably of Janesville. She apparently passed it on to Cora Atwood of Cooksville. The last ten unprinted pages of the published book have been filled with more than 50 hand-written recipes of various kinds from friends (one is dated 1915), including a recipe for “Scotch Woodcock” (chopped hard-boiled eggs in cream sauce on toast). 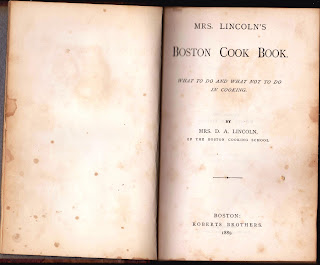 Two World War II era commercial recipe booklets are also in the archives. One entitled, “A Guide To Wartime Cooking” (1943) has 46 pages and was published by the H.J. Heinz Company of Pittsburg and includes a “Nine Point Plan for Wartime Eating.” It addresses the need for “managing the food supply: shopping under the point ration program… packing a lunch pail that will keep your man strong and healthy, wide awake on the job.” 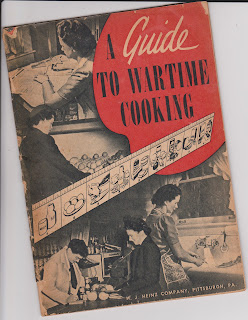 Another WW II booklet (undated) with 26 pages is titled, “Wartime Recipes From Canned Foods” and was published by the American Can Company, New York. It states: “It is imperative that we plan our menus carefully and use our ration points for the canned foods which help to make the family meals adequate from the standpoint of good nutrition” and to “show you many different ways of making a can of food serve more People.” 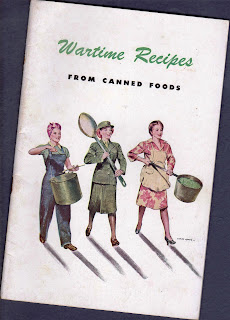 A 1951 "Cook Book: Favorite Recipes” was compiled and printed by the Cooksville Mother’s Club and contains 78 pages including a section on helpful hints that “may be there to help you when your husband’s help won’t do.” Lillian Porter’s preface, titled “Cooksville: Community of Culinary Culture,” describes the history of the Village of Cooksville and its creative cookery as a “pleasant mixture of nationalities, creeds and customs,” including a brief history of Cooksville, its early settlers and the women who were “expert wielders of the egg beater and rolling pin.” One intriguing “Sandwich Hint” is an “Orange - Cream Cheese - Peanut Butter” spread containing those three ingredients. The Club was associated with and provided support to the Cooksville School with various fund-raising efforts. 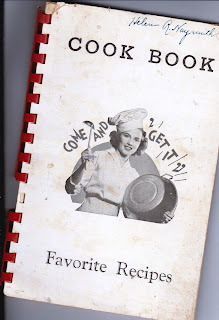 In 1981, the Cooksville Lutheran Church published a 104-page cookbook of its “Lutheran Favorites” and titled it “Our Daily Bread," with recipes of cakes, cookies and other sweets and a number of favorite soups, salads and “main dishes." 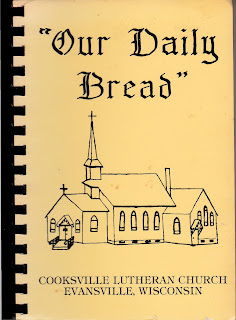 Another addition to the collection is a more recent “Cooksville Lutheran Church Cookbook,” dated 2006 and re-printed in 2016. The cook book, below, contains about 362 pages of recipes including a section titled, “Canning & Freezing, Norwegian, Nationality & This and That” and shares recipes for Lefse and Tres Leches Cake, among others. 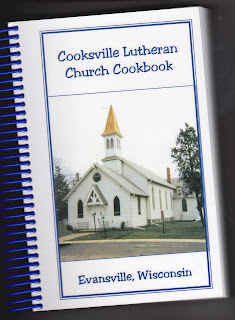 These old cookbooks reveal the tastes of the times and the foods prepared, preserved and eaten— with many desserts to be devoured. They are illuminating and sometimes tempting records of the nourishing breakfasts, lunches and dinners through more than 180 years of cooking in and near the little—and always hungry and well-fed— Village of Cooksville.

Perhaps there are other personal village cookbooks with Cooksville family recipes (or “receipts”), sitting on back shelves or stored in attic boxes, waiting to see the light of somebody’s kitchen and to help fill the cookie jars.

Email ThisBlogThis!Share to TwitterShare to FacebookShare to Pinterest
Labels: art