The Cooksville Cemetery Association is seeking funds to help maintain and improve the village’s historic cemetery.  Some of the proposed cemetery projects include improvements to the roadway path, removal or maintenance of old trees, and cleaning and care of old gravestones. 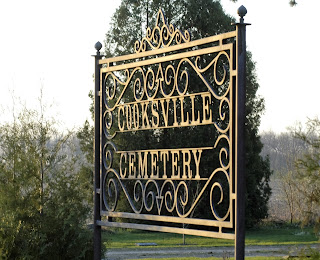 The Cemetery, listed in the National Register of Historic Places as part of the Cooksville Historic District, was established on November 11, 1861, when 2.5 acres of land were purchased from the Village of Waucoma’s founder Dr. John Porter for $25. (Waucoma was platted next to Cooksville in 1846, and the cemetery was initially named “Waucoma Cemetery.”)


The Cemetery is an important part of the historic Village of Cooksville. Many of Cooksville’s early settlers and Town of Porter pioneers, some born in the 18th century, lie at rest in the old Cemetery beneath weathered marble headstones and granite memorials. 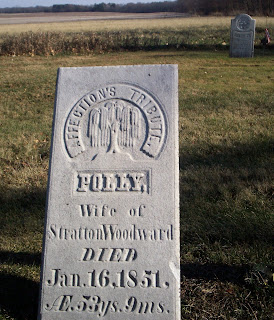 The earliest born person interred in the cemetery is Charlotte Rose Love (1772-1868). Besides Charlotte Love, eleven other persons born in the 18th century are buried there.
After the Civil War, about 1865, an earthen Memorial Mound was constructed in the southern area of the cemetery to commemorate those men from the community who had died in the war and were buried in the south. The mound still remains, with a modern flag pole now erected there.

These early settlers have been joined by many later descendants and friends of Cooksville. Together, they represent several centuries of birth—the 18th, 19th, 20th, and the 21st centuries. About a thousand are at rest there now, lying in the shade of the old pine trees. And there is room for more. 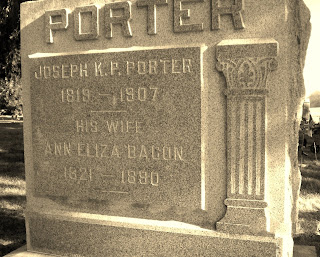 For more information about the Cooksville Cemetery, contact John Julseth (608-698-6916) or Anne Remley-Haines (608-201-1996), or email cooksvillecemetery@gmail.com, or go to the cemetery’s Facebook site. 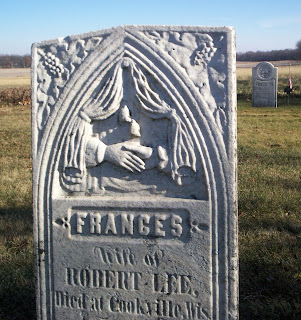 [Posted by Larry Reed, with photos from the Cooksville Archives.]