Residing in the historic Cooksville Archives and Collections are the following items relating to Alfred Lunt and Lynn Fontanne, Frank Lloyd Wright and a 357-year-old book:

THE LUNTS’ COOK LIVED IN COOKSVILLE.
Carolyn Mill Every was the cook for a period of time in the 1930s for America’s most famous acting couple, Alfred Lunt and Lynn Fontanne. Later in her life, Carolyn lived in retirement in the historic John Seaver House in Cooksville in the 1980s.
Carolyn was a friend of several village people. She entertained them at her home and socialized at their homes, where she often regaled them with stories of her time as the Lunts’ cook, companion and dog-caretaker.  Or as Carolyn wrote, “For a brief, magical time I became a part of the Lunts’ lives.”

And Carolyn’s stories about her adventures with the Lunts were interesting, even intimate, and often humorous behind- the-scenes stories. Her Cooksville friends urged her to write them down, which she did.
In 1980 she gave Larry Reed a 15-page copy of her reminiscences, now in the Cooksville Archives. She wrote about the Lunts with great and enthusiastic affection, relating incidents and anecdotes about the Lunts and their famous theatre visitors. She described her times with the Lunts at their home, on the road, in the trains, backstage at theaters, and in the hotels in the many cities that the Lunts performed in. She wrote especially about her time living in the Lunts’ estate in Genesee Depot, Wisconsin—a home filled with famous theater guests with amusing adventures and a few misadventures in 1932-33.
Carolyn grew up in Genesee Deport where her mother owned the small town’s old hotel where she was a popular cook, which was the reason her daughter Carolyn was hired as the Lunts’ nineteen-year-old-cook—and dog-walker, traveling companion, and friend of the family.
At the urging of a Cooksville friend, Carolyn revised her 15-page memoir about her time with the famous couple, titling it, “Home Life of the Lunts,” and had it published in the Wisconsin Magazine of History, Spring 1983 ”—after deleting or altering some of the more risqué or perhaps unflattering episodes. (Larry Reed later donated to the Ten Chimneys Foundation his copy of Carolyn’s original version that she had given him.)

Although Carolyn’s stay in Cooksville was brief and her departure unfortunately sudden, she certainly was a charming, gregarious, talented lady with many stories to tell at Cooksville cocktail time—or over a few midnight breakfasts. She went on to be a local award-winning writer of other stories, one of which is also in the Cooksville Archives. 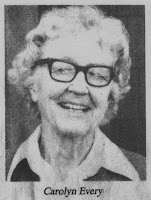 As Carolyn Every (1913-2003) wrote in her Lunts story, “I cherish most of all my memory of the two people who let me be a part of their glamorous life in the theater. Alfred Lunt and Lynn Fontanne allowed me to enter their personal life to witness their mutual esteem and love—a love enriched with wisdom and humor—and the experience lasted a lifetime.”
The Lunts home, “Ten Chimneys,” in Genesee Depot, Wisconsin, is now a beautifully restored estate, museum and research center open to visitors.


FRANK LLOYD WRIGHT AND HIS CHAPEL FOR COOKSVILLE.
In 1934, Frank Lloyd Wright designed a chapel for Cooksville. He named it a “Memorial to the Soil Chapel.”

According to Wright, the small Prairie School-style family chapel was to be a “Chapel Cast in Concrete” and was inspired by Walt Whitman’s poem, “Pioneers! O Pioneers!”
The chapel was commissioned by the Gideon Newman family of Cooksville, one of the early families to settle in the village with their farm just north of the Badfish Creek. The chapel was designed for the side of a low hill on that farmland.

The Newman family member that most likely commissioned the chapel was, Gideon  (1860-1944), a son of Gideon Ellis Newman (1823-1911) who had settled in Cooksville in 1850. The Newman family first lived in what is now the Cooksville Farmhouse Inn. Later the Newman family moved to their farmland north of Cooksville and the Badfish Creek, where Newman built another farmhouse and where the Cooksville Chapel was meant to be constructed. The son Gideon may have known Wright at the University of Wisconsin when they both were in attendance there.
In 1992, a reviewer of a Wright exhibit in a Milwaukee newspaper described the chapel project: “[The chapel] breaks from the brow of a hill—a smooth-walled, flat-roofed jewel of parallel lines. Molded from cast concrete, the building both accentuates and pays tribute to the land it embraces.”
On an existing drawing of the chapel, Wright wrote a description of his design as a “Memorial to the tiller of the ground making the earth a feature of the monument or vice versa.” The plan is a Wrightian design, horizontal and grounded, with very simple geometric shapes inside and out.
Plans, elevation drawings, sketches, and mentions of the project in the Madison Capital Times newspaper in 1934 describe the project in detail.
However, for unknown reasons, the project was never built.

Copies of a number of drawings and sketches of the proposed Cooksville Chapel were provided to the Cooksville Archives by the Frank Lloyd Wright Foundation, Taliesin West (for the “Prospective and Plan, Chapel in Cast Concrete, “Memorial to the Soil” drawing) and, recently, by the Avery Library Archives of Columbia University, which shared 22 working drawings of the Chapel project contained in its F.L. Wright archival collection.


BOOK PRINTED IN 1661 IN ARCHIVES.
This large old book, dated 1661, is printed in Latin and consists of 210 pages with a black cover embossed with gold designs and two brass clasps. It is printed in red and black ink with three large, handsome, full-page Biblical etchings and one small one all printed in black. (Two of the large etchings have the following attributions: “F.Valegio” and “Phts Thomassmus f.1634.”)

The book is a 1661 Catholic Church missal or book of devotions with contents to be used and read for various dates and occasions throughout the church year.  A name, perhaps the owner’s, is written in ink on the back of the title page: “Juan Polyao y Jancinta Carrera” or something similar. Perhaps that of its Spanish owner.
A rough, muddled Google translation of the title page is: “The Gospels which are to be read in the year both of the Holy time from the Roman Missal, by a decree of the holy Council Trent restoration and Pii V High priest, by order of the top. At Madrid.  Printed palace. In the year 1661.”  (What “PiiV” refers to is unclear; perhaps a Pope?)

This “Gospel Book” was collected and owned by Cooksville’s famous antiquarian and collector,  Ralph Lorenzo Warner (1875-1941), owner of the “House Next Door” (the historic Duncan House) in the village. But there is no information as to how, where, when or why he collected it. The book now resides in the Cooksville Archives and Collections established and maintained by Larry Reed.

A number of other older books, some owned by or related to Cooksville’s early settlers or later residents are also part of the Cooksville collections. Some of these include:


* Cicero’s Laelius. A Discourse of Friendship, Together with a Pastoral Dialogue Concerning Friendship and Love. 114 pages. Licensed, Rob. Midgley, London, 1691.


*The New Instructor, Being the Second Part of the American Spelling Book. 240 pages. Compiled by Asa Rhoads, Stanford, [NY?], 1804. 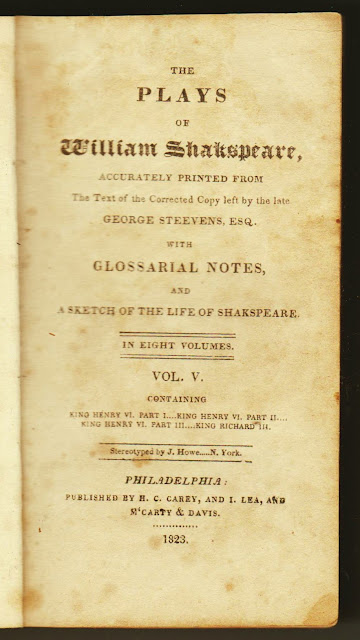 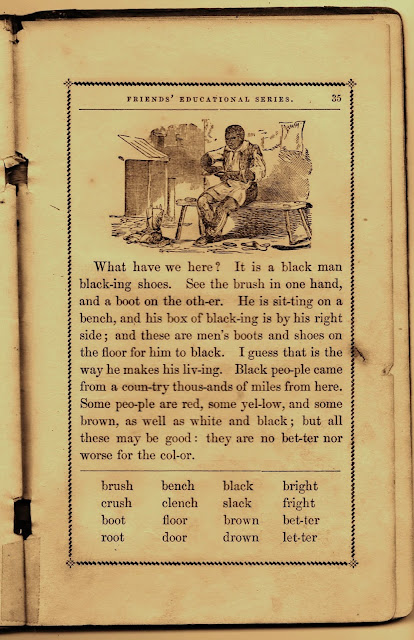 * The Little Child’s First Reader, Adapted to Either Mode of Teaching; By Letters or By Words. 48 pages. Friends’ Educational Series. Philadelphia, 1862.